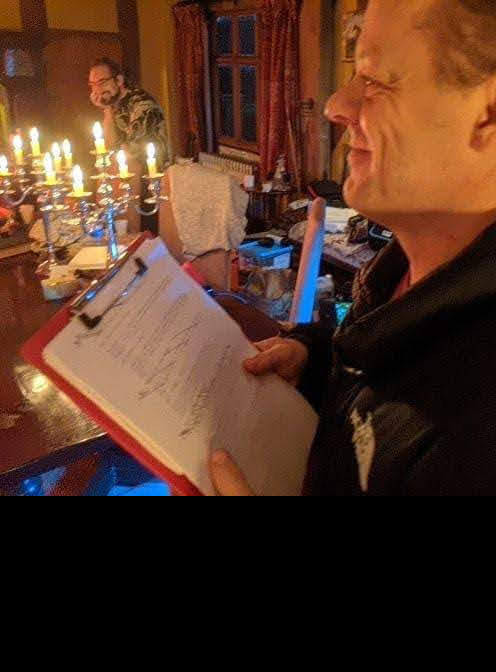 Stanley's films are usually slightly off the beaten track to say the least.
Odd topics, and taboo subjects are regular on screen.

Natural style lighting is a favorite where applicable.

Stanley believes dynamic camera movement is vital to engaging the audience. If shooting on a film of his the tripod will rarely be seen.

With a history in psychology and NLP Stanley is keen to use colours with psychological meanings.

Also look out for in-jokes and easter eggs. There are many to find.
Most of his early filmed featured a dead fox (named orange.)
Orange turned out to be a real dead fox in the end.
He was free from a theatre company props dept when closing down so we always assumed it was fake. Orange is now gone but more easter eggs remain.

Stanley Roubaix started writing and directing back in 2019.
However that's not the real begining.
Way back in 2008 when living in Ireland, he started a YouTube channel about self sufficiency and bushcraft.
The channel grew to over 15,000 subscribers at the time.
The later a podcast was filmed which was featured as editors choice for comedy on iTunes for a few months. The podcast regularly had over 50,000 downloads per episode.

In 2014 Stanley returned to the UK and after becoming interested in acting took up various roles and drama classes.

This lead to writing and directing.

Over a dozen short films and even more commercials later Stanley is now preparing to shoot his first feature film.
It's a secret....